Let me be clear, the following strategy has historically speaking performed awesomely, but this doesn’t mean that it is a guarantee it will be of any value in the future*. So be careful and think twice before going 100% in! I discovered it earlier today and it was too good for me not to share it!*

The strategy is simple, invest in whatever project CoinMarketCap earns launches a campaign about. I will prove my point by giving you the analysis for EACH COIN, this took me hours to write!

The approach is simple:

We look at each project, first off:

If we search the wayback machine for this campaign, we see that the first mention is Aug 12, 2020. 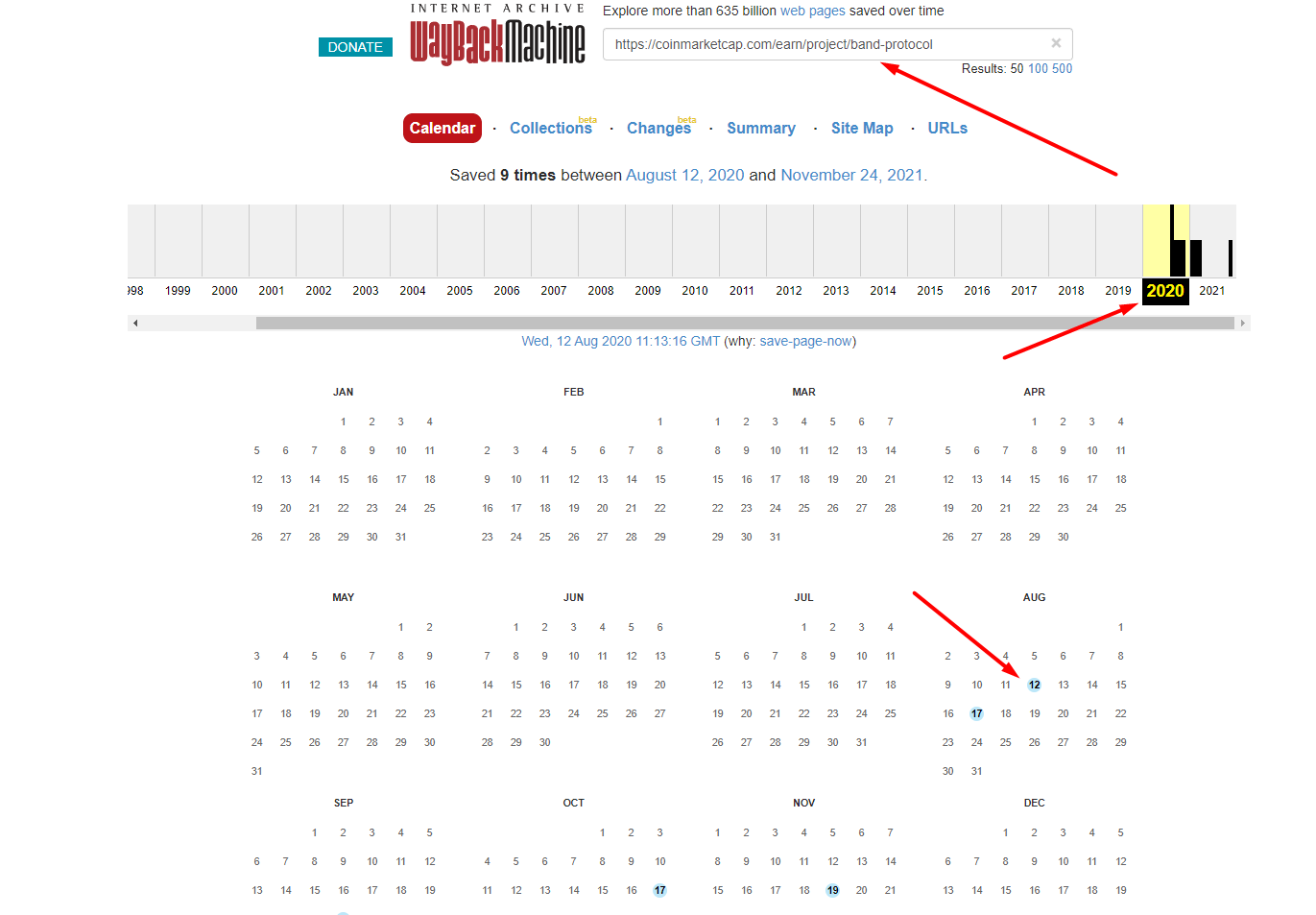 We search on google to confirm this date, a simple search as ‘earn band coinmarketcap‘ shows this article on Medium 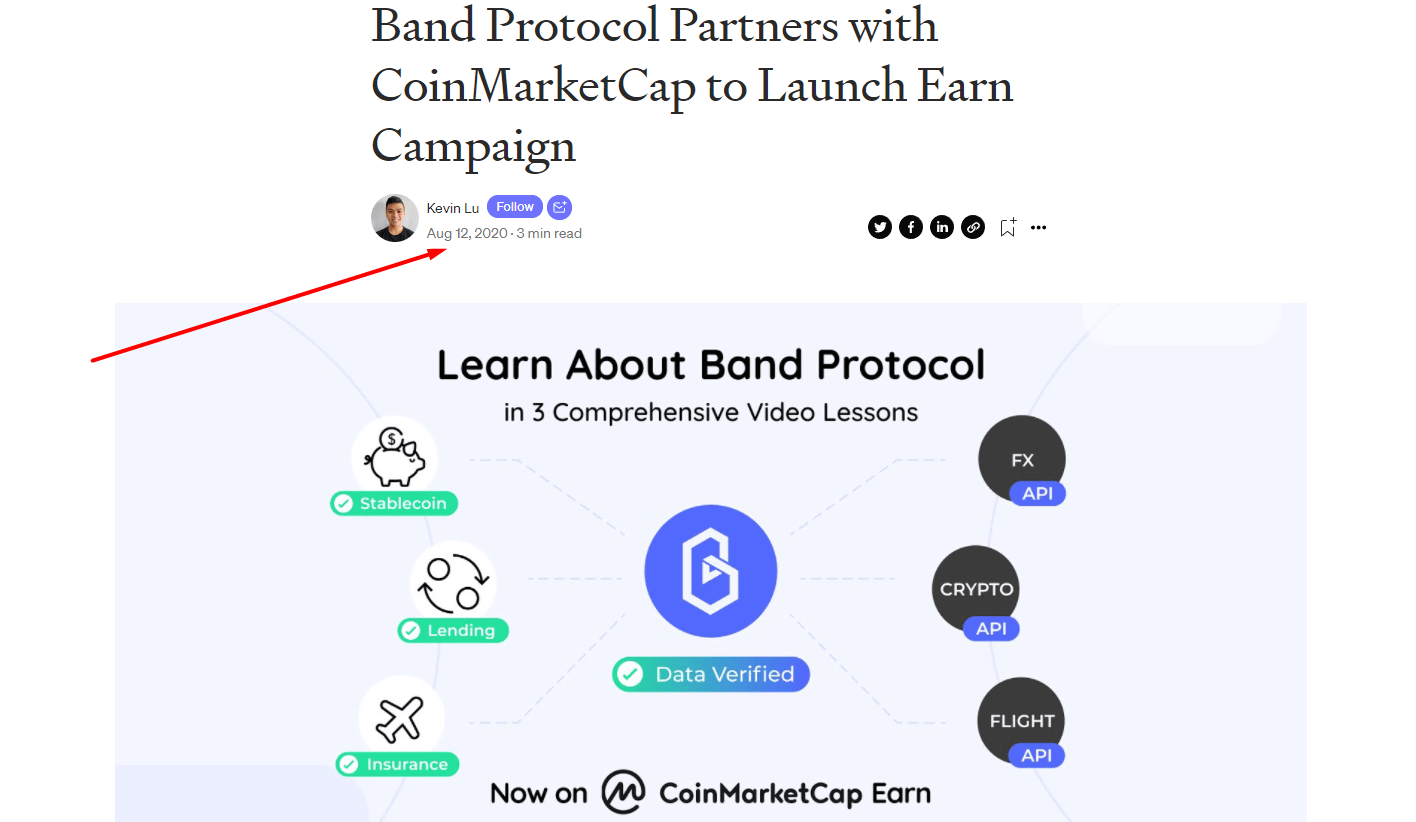 Also the same date! Let us be sure by googling the following: ‘earn band coinmarketcap reddit’ 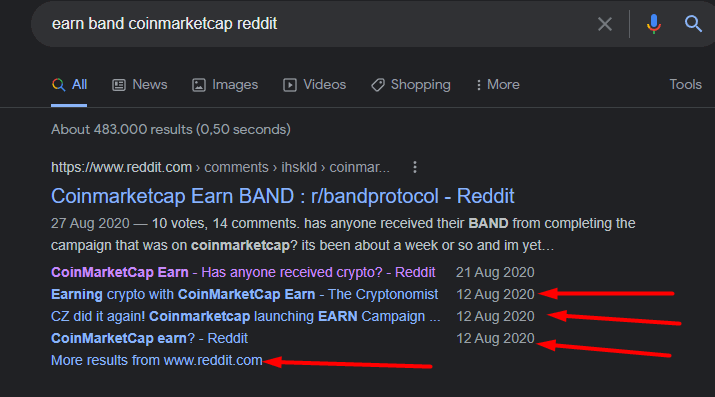 Even when you expand the results by click at More results at the bottom, we see that the first mention is indeed Aug 12, 2020!

Now that we know the date, we check the price back then:

it was about $15, and you had 3 moments where you could sell at a profit but overall it is pretty underwhelming as it has only achieve 1.5x, not impressive! 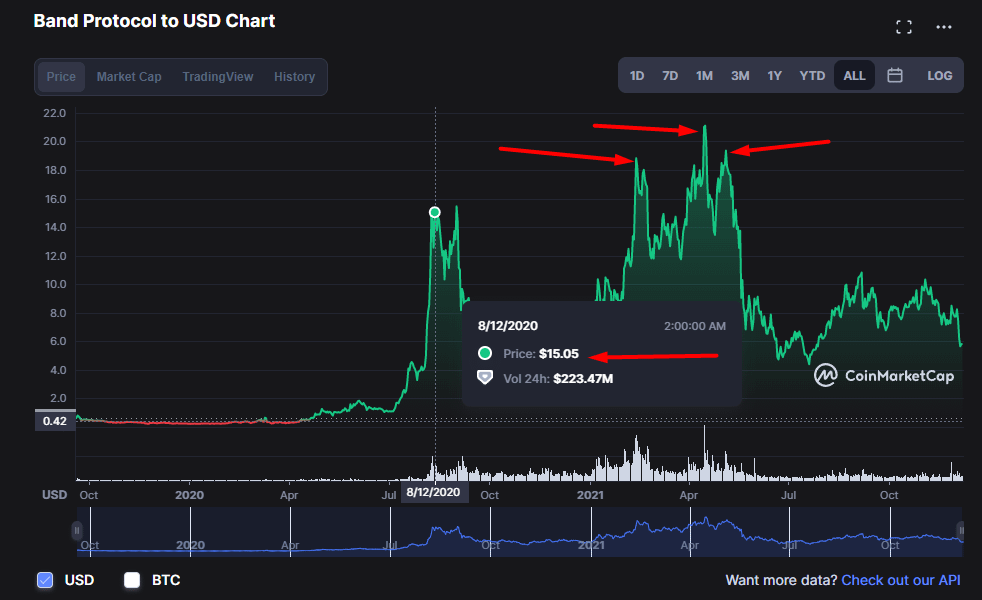 This is not the case for all of them, let me show you and then I will make a table to show you! 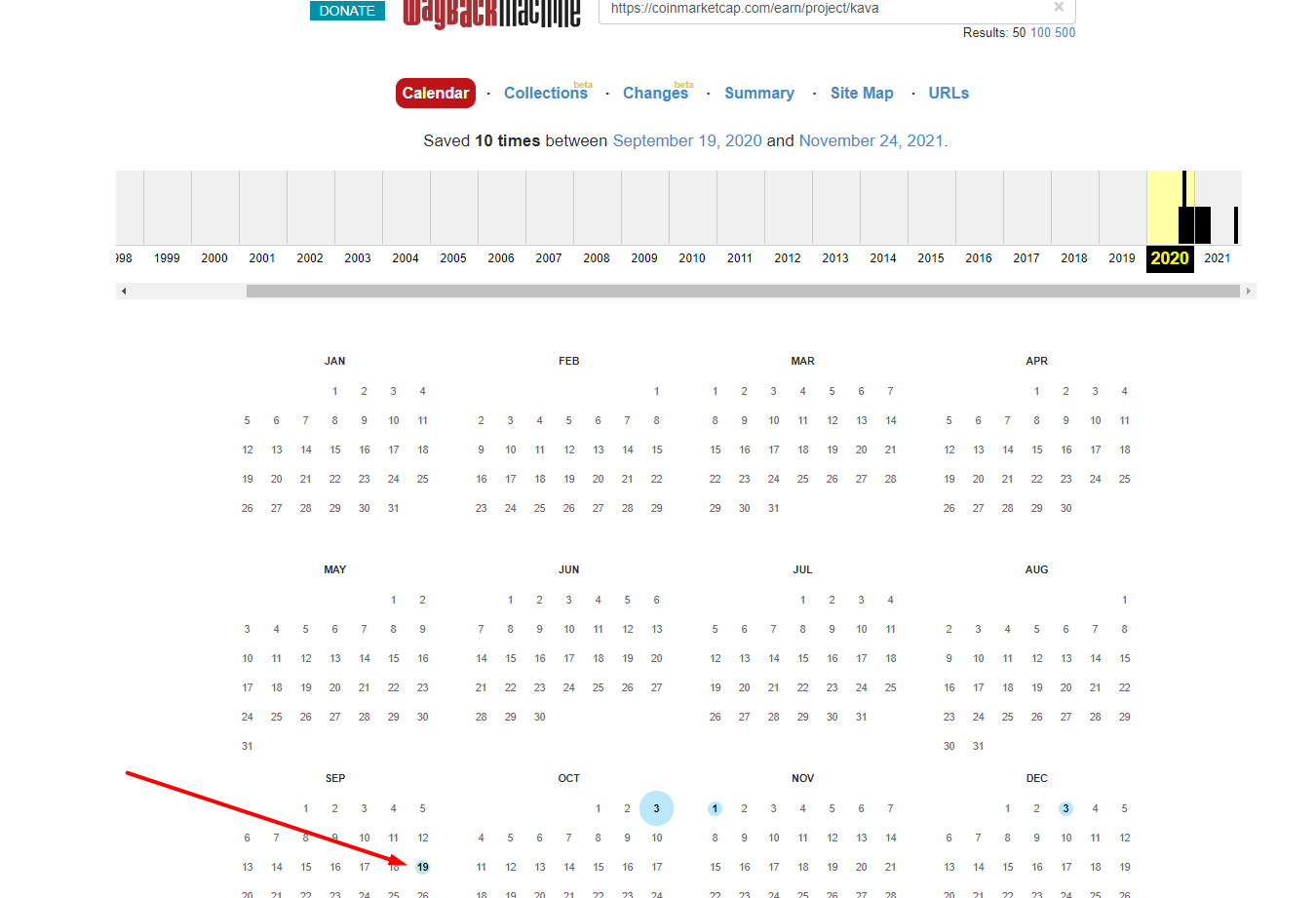 Kava did a 3x since then and you would have spent most of the time in profit since then, and currently it is still at profit, even given the recent dip:

You get the point, so i will mention dates and prices from now on and then will summarize how long you approximately should hold on average to be at a profit and how much is the profit, on average!

The chart speaks for itself, but at its peak it is a 250x!

Again the chart speaks for itself, at its peak it is 48x

The results, sorted by date of publishing (scroll horizontally if you are on your phone):

One important note: This is performed today, meaning that in the future the coins can go even higher or lower (seems obvious but wanted to stress that just because something didn’t turn profit yet, it doesn’t mean it never will)

If you had put $100 into each of them, at the time they were released you would have had:

There are few more campaigns that are still active right now, but I haven’t looked at these yet. This approach certainly, historically speaking, looks like a fool proof approach.

Conclusion: I don’t know what the criteria CMC looks at before starting an Earn campaign, but on average, they list pretty darn good projects in terms of profit!

Let me know if you like such posts and I will make more of them!