Buy the dip in three months

Data from cryptocurrency analysis company Santiment shows that the willingness to buy the dip last weekend was tremendously strong. They base this on the number of mentions of the term ‘buy the dip’ on social media. This number reached its highest peak in three months.

The company shared this data with its more than 114,000 followers on social media, before adding that renewed concerns about the COVID-19 pandemic among larger stakeholders ‘should tell the story.

In doing so, they seem to be pointing to one institutional party that sold a large batch of bitcoin. They sold 450 million euros worth of bitcoin and this caused the bitcoin price to drop. This drop in turn had the effect of liquidating many long positions, which in turn caused a further drop. 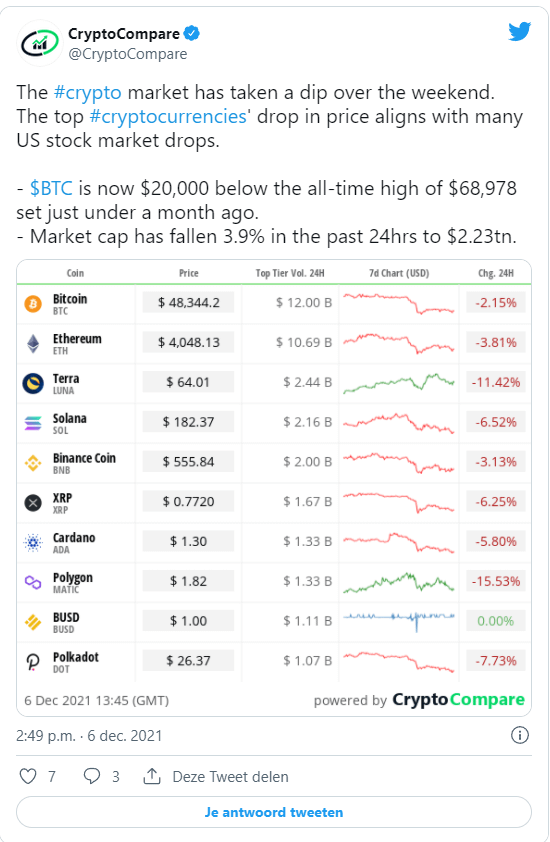 Santiment says that after the hard fall, the stock price began to bounce back as more and more users showed they were buying the dip. Or in the case of everyone in our time zone: wake up on Saturday, grab your phone to check the price, rub it twice to make sure it’s real, shoot straight up, wake up the partner to both buy the dip. 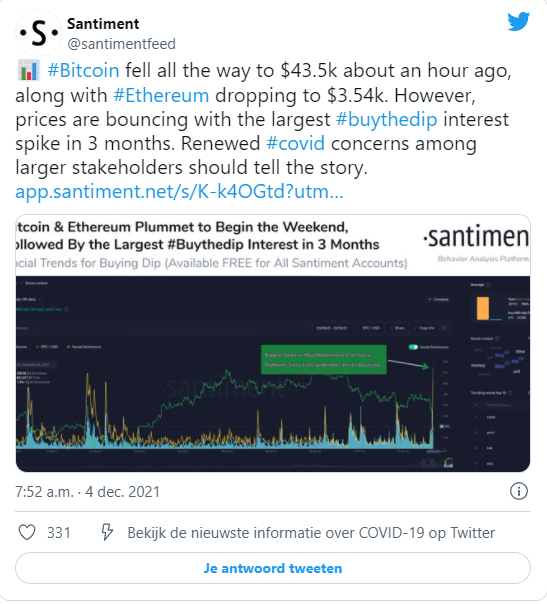