I was checking IntoTheBlock and saw this snippet of interesting bit. Although the signals are mostly bearish, the holders’ situation aren’t so bad. This is with 11% centration by large holder. There were also large amount of outflows on December 3rd at USD 3.14 billion, and large inflow followed after on December 4th at USD 2.3 billion- which means that a lot of people sold it just to rebuy it a day after.

We have also declined similarly as to how it happened in May, 2021. Also, one of the few times BTC goes on a decline during week 1 of the month. 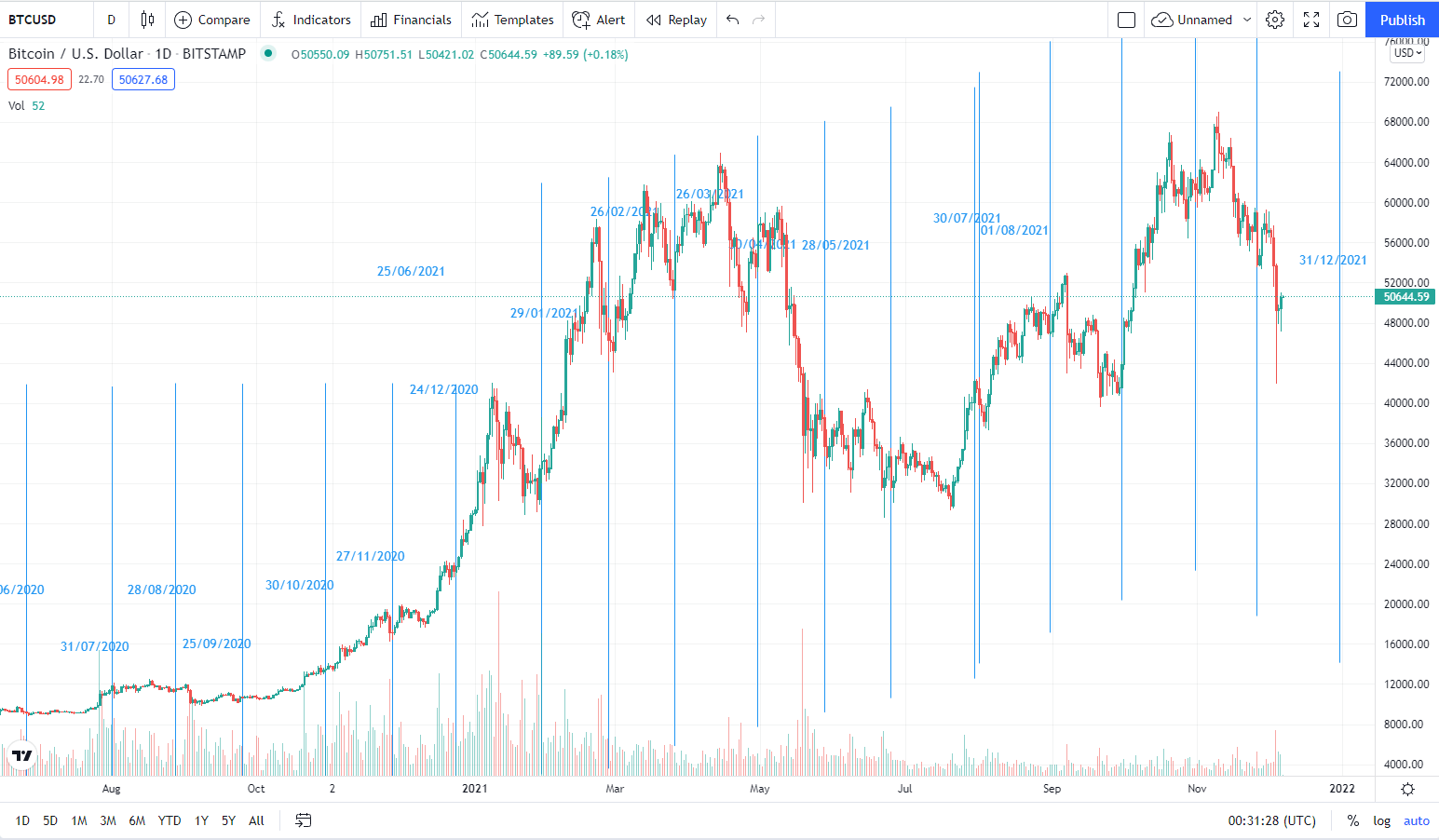 Well, still interesting to see that 78% of BTC holders are still in the green.

The stock to flow charts is also showing that BTC is slightly under the estimated region, but probably because we’re still years before the next halving.

Note: Brain fart on the title. Meant to say that the wallets are less than a month old. Lmao.